There was a tinge of apprehension in the air as 21 Pax began to gather in the eerily warmish gloom.  Under the cover of threatening rain clouds, YHC found a confused Hardy and Tramp Stamp under the hood of a vehicle attempting to diagnose a possible leak ( Where’s Pacer? ).

A few short minutes later the apprehension vanished as a series of miraculous events unfolded to let YHC know it was going to be a special kind of day….

First, Dr. Evil walked up completely under his own power, sans peg leg or boot. 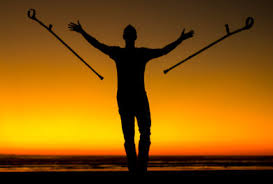 Next, Dr. Tarde  arrived early,  AND Thin Mint was able to drag Tenderfoot out of the fartsack for a prompt arrival.  A trifecta! After Sprinkler confidently slow-strolled up John Wayne style to join the pax at 5:29:55 we were off for the

The warm up continued with an Indian Run from the lower lot to the “lights” which YHC initially failed to specify meant the lights on the entrance road to the park.  This lack of clear instruction lead to immediate mumblechatter and various “suggestions” of  utilizing closer lights.  After an unprecedented RIGHT turn at the entrance road and jog down to the end of the dog lot, the PAX circled back to the convalescent center / concession stand to begin

The PAX, so alert and invigorated by the Indian Run

had no trouble understanding the instructions and everything was proceeding smoothly… UNTIL, like a Fortran nightmare, Sludge’s crazy strong Big Boy Sit-up skills got him stuck in an infinite loop at station #2 as he repeatedly beat the bell.

This unforeseen bug required a programming re-write to mandate MAX repeatos per station =5 to free Sludge (and Fortran at Station #3) from a very monotonous workout.  After the coding patch the PAX moved  from station to station challenging themselves in 30 second intervals, sometimes beating the bell like….

Flo-Rida on back to back wind sprints….

Help Brooks Parker (Candy Cane’s son) raise money for his BSA Eagle Project by eating at Barberito’s tonight before 4:30 and 9:00 PM.  Mention Brooks when ordering.  Pray for Finley who is having adenoids removed today.

Gilmore led us out.

It was a great honor and privilege to Q today.